I wonder if people are getting tired of these yet? This is Kaiju Apocalypse III (not our most original of titles, we know). This is the final book in this series of novellas, and this was Eric’s baby (I suck and only contributed a little). On the plus side, this coming weekend Eric and I are going to be getting together to plot out Murder World: Kaiju Dusk and Murder World: Kaiju Darkness. That should make a few people happy, since everyone seems to love a certain character in this series. 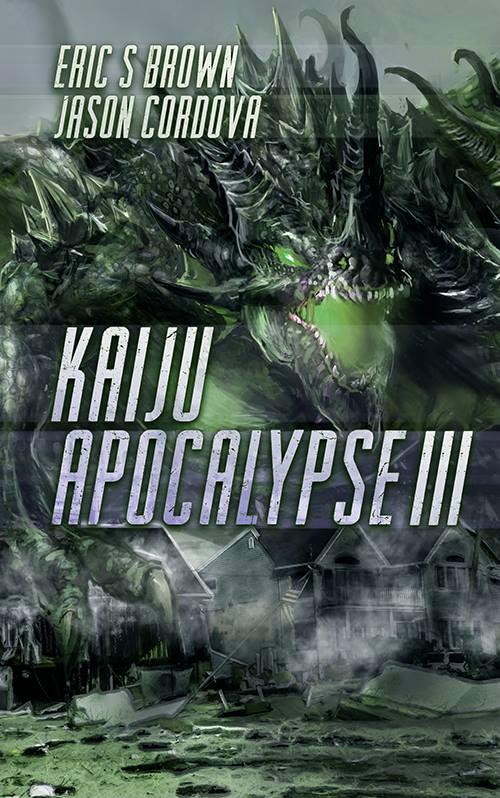 A brief update, since I need to finish Kaiju Apocalypse III by tonight (yeah, this has been one tough little but to crack). Murder World: Kaiju Dawn is doing well but could use more reviews. I likened it today to “Ishiro Honda and Joss Whedon teamed up for a project”. Ishiro Honda, for those who don’t know, directed the very first Godzilla movie. Joss Whedon, for those of you who don’t know… no. Not doing it. If you don’t know… Leave. Just leave. Leave this website and never return.

No review this week over at SBR, mainly because I haven’t read anything new lately (not counting Dave Freer’s Stardogs, which was good but I need to reread in order to figure out a few things that I had questioned during the book). Maybe next week I’ll have Stardogs up. Depends on how fast I finished up I, Godslayer.

I never thought that the life of a writer would be so bloody time consuming. 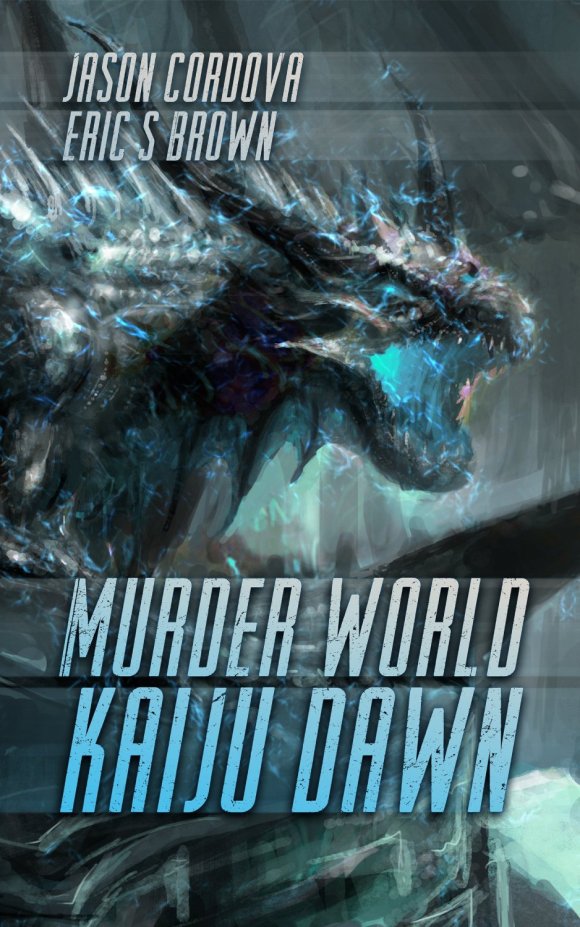 Next book in The Kaiju Wars series. I like it. Thoughts? 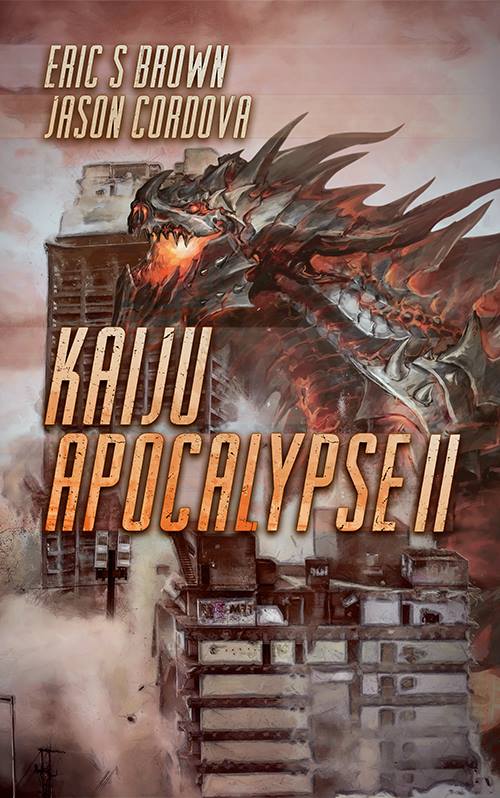 By far a favorite cover of mine. Kaiju Apocalypse, coauthored with the amazing Eric S. Brown. Coming soon from Severed Press. 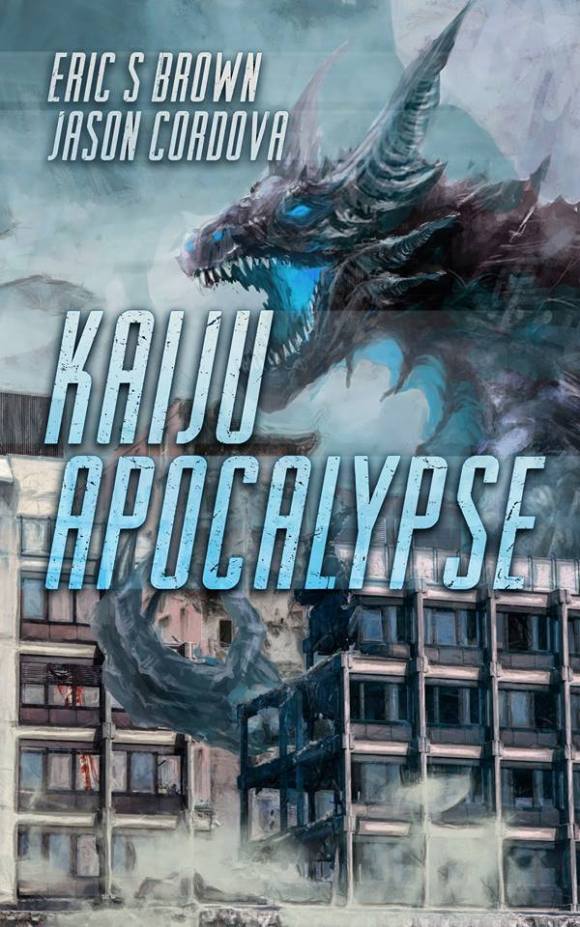 One of the nice things about Perseid Publishing (one of my publishers) is that they love gorgeous covers. Behold, the cover of the Fantom Enterprises/Perseid Publishing joint venture for What Scares the Boogeyman? featuring my short story, “The Cold”.

Okay, so I’m prepared to hear about NaNoWriMo for the next 30 days from all writers, established pros and aspiring ones alike. I literally have created a folder in my inbox to hear about how well people are doing, purely for selfish reasons (I like the idea of shooting someone an email on the 16th reminding them that they’ve only written 3K words since the 9th… it amuses me). I’m also prepared for people the castigate me because I don’t participate anymore. The last year I participated (2007) I wrote 96,000 words before Thanksgiving and pissed off about 100,000 people. Since my pissed people to words written ratio was 1.0 : 0.96, I decided that I would avoid this problem in the future by not participating, and instead rooting for others from the sidelines.

I spent all of yesterday on the set of Acts of God, a movie about four women whose lives all intersect through a series of tragedies. The scene we filmed was a flashback to Afghanistan, circa 2005 sometime, as a patrol comes under attack in a village. The scene concludes with multiple massive explosions (which were awesome to see live) and a tense standoff between a Taliban fighter and the five remaining squad members (which included me). I was outfitted in camo and prepped, though I seemed to have missed something. It was only later when I thought about it that I realized I hadn’t received any sort of belt for a sidearm. I looked around and saw that nobody else had either.

And my complaints about being made a corporal were for naught. No, I couldn’t get a promotion, they said. Phooey. Well, Corporal “Hujak” reporting as ordered, sir. I got to choose the last name, so of course I chose Hujak. That’s how I roll, yo.

Well, I had a speaking line, which means screen credit. So that’s two films now where I received IMDB credit. Sooner or later (I think it’s four screen credits) I’ll qualify for SAG. I’m not sure what that means, exactly, but without even trying, I’m halfway there.

Anyways, here’s a few pictures from the set so that you may laugh at me and start hammering away at my lack of proper equipment. 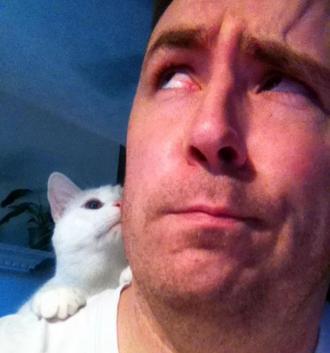 …this cat is not helping. No, really. He’s not “directing the muse” or “whispering ideas into my ear”. He’s messing with me.

Really. I blame him for my missed deadlines.

I love my camera. I also love that the birds here in Kentucky like to be photographed. They’re like the Kardashians of the bird world.